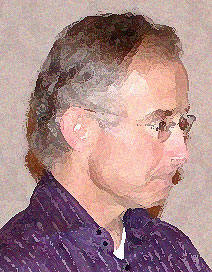 Admittedly, paying nearly five grand for a CD player may seem like a dodgy deal for those who wonder, “Is CD dead?” It’s a fair question, and there’s no denying that plenty of audiophiles (and more than a fair number of my Positive Feedback colleagues) believe that the best place for CDs are at the bottom of a landfill, right next to the 8-track tapes and VHS players. But people said the same thing about vinyl, and look how that worked out. Sure, I love using the reasonably priced Audioengine D2 DAC or CEntrance DACmini PX for the majority of my listening, but trying to guess where computer audio will be even two years from now requires a gift of prophecy on the order of Cassandra, and that’s why you don’t see me lining up to buy the next DAC of Ages. Even though my editor, David Robinson, tells me that the Mytek Stereo 192-DSD DAC will blow my little mind and that more and more DSD music is in the offing, the stinging memory of dumping a couple of thousand albums on the used marked at 50 cents a pound makes me a little nervous about unloading a substantial CD collection that took decades to assemble. I figure that, as long as people are asking five hundred bones for sealed DCC Gold versions of Cosmos Factory, a compact disc player capable of spinning this gold is not such a risky venture. Hence the need, then, for an exceptional product like the Ayon CD-1sc compact disc player. 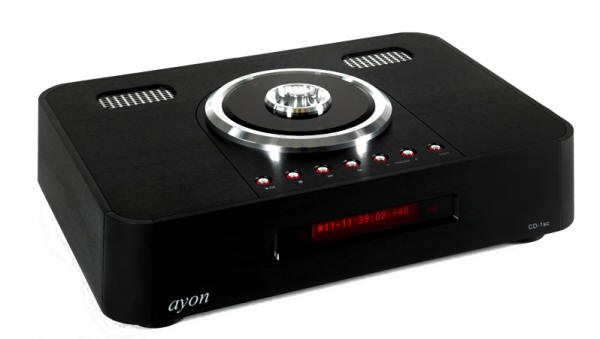 I started out the audition of the Ayon CD-1sc by using my reference Stereolab Reference I-700 RX interconnects. After a little listening, however, I realized that it would be far more helpful to employ two pair of affordable Kimber Hero interconnects in order to easily and fairly compare the Ayon player to my Arcam CD-82 compact disc player. Evaluating compact disc players without a reference point is a tall order. Unlike switching out one pair of speakers for another, the difference between CD players is much more subtle, especially a CD player that is cold out of the box (Ayon recommends at least 50 hours of break in to get a clear indication of what the CD-1sc is really all about, by the way). In any event, when I wrote about the Audioblock C-100 compact disc player earlier this year, being able to A/B various CD players really helped to nail down the nature of their respective sonic characteristics. If you recall, I ultimately preferred the C-100 to my Arcam model, but it wasn’t a blowout by any measure, and I was able to return to the British player without too much consternation. This time, unfortunately, the Arcam was summarily stomped into little pieces by a much better (and far more expensive) CD player. Whether straight up or upsampled, the Ayon provided a richer, broader, and far more substantial presentation of music. In comparison, the Arcam sounded, well… pretty crappy. I brought back the Stereolab interconnects, making sure each player was played using the same interconnects, going through the same input, wearing the same lucky “Frankie Says Relax” t-shirt. Everything, anything! Nothing doing, the results stayed the same.

So how do the two players differ? Well, for starters, it is immediately apparent that the Ayon is exceptionally quiet and absent of extraneous noise; which is good, because the Ayon’s musical presentation deserves to be heard without a lot of internal rumbling to mar the performance. Indeed, the CD-1sc plays music sumptuously, while still retaining the clarity of individual performers and the interspaces between them, and it’s very much akin to the performance of the Ayon Orion II integrated amplifier that I wrote about earlier this year. Spinning standard issue red book CDs like Gram Parsons’s Grievous Angel, one easily discerns the bright strings used on the tentative guitar strums opening the gentle lament, “Love Hurts.” The CD-1sc beautifully renders this detail without imparting edginess to the pedal steel accompaniment that follows. Similarly, the incomparable duet of Parsons and Emmylou Harris takes advantage of the Ayon’s sure handling of vocals: body and texture of each singer’s part in the harmony is both distinct and fulsome. For a laugh, I cued up the screeching magnificence that is the cover of the same song by Scottish hard-rockers, Nazareth, and was pleased to see that the Ayon enjoyed dishing out a bit of nastiness, as well. Personally, I like CD players that bite a little, and I’m all right with making a “resolution-for-mellowness” trade off, but the Ayon player proves that you can dig into a recording’s details without sacrificing warmth or beauty. Muddy Waters’s Folk Singer CD poses all sorts of problems for a compact disc player. There are lots of little musical details here that some players can’t catch, and plenty of slide guitar and vocal shouts that can harden in an instant if the CD player is too unforgiving. The Arcam is clearly audiophile entry level and the Ayon is just as clearly audiophile mid-level, so it’s fair to ask: “What do you get?” Well, playing this CD on the Ayon, it’s readily apparent that everything is fuller, more defined, and presented in a far broader field of space than with the cheaper, but still not cheap, Arcam player. The usual cliché is to say that it sounds more analog than digital, but that’s not exactly right. This is still a CD sound that you and I know and like (well, at least, I like) but there’s more dimension, body, and richness than before: it sounds more like music. As I said, I usually like a little edge when playing CDs, a remnant from my days of avoiding cheesy processed guitar tones, so I thought I’d be perfectly fine with turning off the upsampling option. After awhile, though, the increased sense of soundstage imparted at 24/192kHz became addictive, and I left it on for the majority of listening.

The Ayon CD-1sc Tube Top Loader CD-Player embodies the company’s belief that excellent sound can best be achieved keeping the signal path short, the quality of parts high, and the power supply quiet. Which is all easier said than done, of course, especially when trying to meet price points and the unpredictable whims of a global audiophile community. It’s worth visiting the Ayon website to see how much effort the company takes to ensure that all of its products adhere to its design principles. Some things, like no DC servo to degrade the signal or 10 separate voltage regulators will have to be left to the DIY tribe for verification, as that’s beyond my scope, but even the mechanically challenged can appreciate the heft and seamless exterior of this product instills confidence in its quality. Many of the key attributes that I liked about the Ayon Orion II integrated amplifier are included in the CD-1sc compact disc player. For one thing, the CD-1sc incorporates the same soft-start power up, high quality RCA and XLR jacks, and hefty aluminum chassis that made the Orion II such a reassuringly well-built piece of audio gear. Little touches, maybe, and probably not nearly as important to the sound as the fact that both products have the same meticulous detail to separate and isolate the power supplies. Still, these safety features meet my absolute requirement that an audio product avoids going “ffffffft!,” falling apart, or blowing up. Other features of note include a low impedance output to facilitate long interconnect runs and/or compatibility with a variety of amps. A 6H30 high-current tube is employed in the high-gain output stage. A Burr Brown chip handles the D/A converter chores (available inputs include 24/192 asynchronous USB, SPDIF coaxial and TosLink), and 24bit/192kHz upsampling can be switched on or off via the solid, easily-read metal remote.

The top loading anti-vibration magnetic CD-clamp system and dark acrylic CD puck works without a hitch. The product manual warns that a slight clipping noise may occur when loading the CD “eccentrically”––you have to love German to English translations!––but I loaded a boxful of CDs and never had this problem. Cocktail hour devotees and un-smooth operators have been warned, though. The volume attenuator goes from -60 to zero, which could be a big, BIG! surprise for the unwary user. Fortunately, for those who plan to directly connect the CD-1sc to a power amp, the amp is automatically set to -40 every time the player is powered on in this configuration. I had hoped to try this feature out for myself, but the vagaries of products-promised-to-products-delivered left me high and dry without a suitable power amp for the moment, so the CD-1sc was paired with my Peachtree Audio iNova integrated amplifier, and a pair of Nola Contender speakers, with the aforementioned Arcam CD-82 CD player. All in all, the Ayon CD-1sc compact disc player offers tremendous performance at a price that, while still substantial for this neoteric listener, is certainly in line with the sort of player that one can enjoy for years and years.