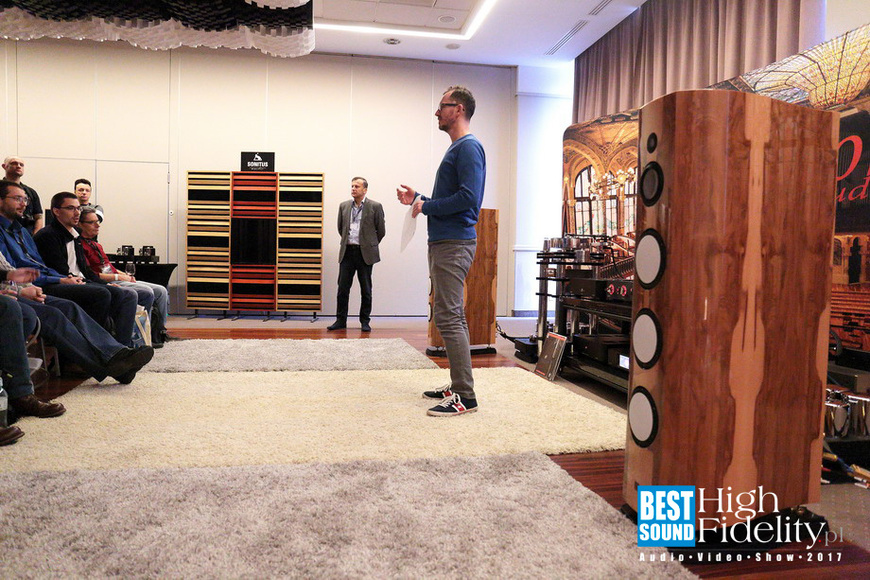 “The setups made by Gerhard Hirt, Ayon Audio founder, surprise us each year. This time we were sitting under the artificial ceiling made of dozens acoustic modules. And another ones placed at the sides. (…) Last tweaks were done literally before the opening – Gerhard looked barely alive that time. But it was worth any effort – I hope that anyone who could meet me during my workshops is going to agree – roughly about 200 people then. The sound was very open, of high resolution, consisting of every aspect needed for realistic top high-end. Lumen White Kyara speakers were mainly responsible here and their creator, Mr Hartmut, was already present. Another suspect was Ayon Audio CD-35 (High Fidelity Edition no. 7/50. SACD player.”